A stable and secure control system

A great alternative to Windows and MacOS with a focus on freedom, privacy and security.

For users who want to try something new, or who are tired of their Mac OS or Windows operating systems, it’s just time to switch to something else.

The Mac OS system currently uses a UNIX kernel, making the transition from Mac OS to Linux a fairly smooth transition. Windows users, on the other hand, need to make some adjustments.

Linux is actually called GNU / Linux, but is in everyday speech just referred to as Linux. The system was developed back in the early 1990s. So Linux is nothing new, but was actually built roughly at the same time as the familiar Microsoft Windows and many do not actually know that Apple’s operating system MacOS is very closely related to Linux.

Linux was built by Finnish programmer Linus Torvald, in collaboration with Richard Stallman. In fact, back in the 1980s, Richard Stallman built the first GNU system, which was later built with Linux to become the GNU / Linux operating system.

Today, it’s a full desktop environment on the same level as Microsoft Windows and Apple MacOS, offering as many options as on a Windows or Apple machine.

At FRIcomputer, we have more than 20 years of experience with Linux, which has given us so much blood on our teeth to spread the knowledge to the rest of Denmark.

A wealth of programs and opportunities

Since you change from e.g. MacOS or Windows for Linux, you can not use programs for these two operating systems. On the other hand, there are many thousands of free and open alternatives to e.g. Microsoft Office, Photoshop, image and video processing programs.

With the central Linux software center, one can download unimaginable amounts of programs, games and software solutions, to meet one’s needs for work tools. Most programs can be downloaded directly into the Linux operating system with a built-in packet management system, easy and straightforward and no need to be able to code or long command lines. Download more than 87,000+ free and free programs.

Multimedia player
Play both audio files and movies on your Linux computer.

Image editing
Gimp allows you to edit and customize your photos.

Spreadsheet
LibreOffice includes a great program for your spreadsheets.

Mail
With the mail program you can send and receive mails.

Internet
With Firefox, you can easily surf the web.

As a starting point, we have 2 different operating systems, ready to be delivered pre-installed on your new computer from FRIcomputer. 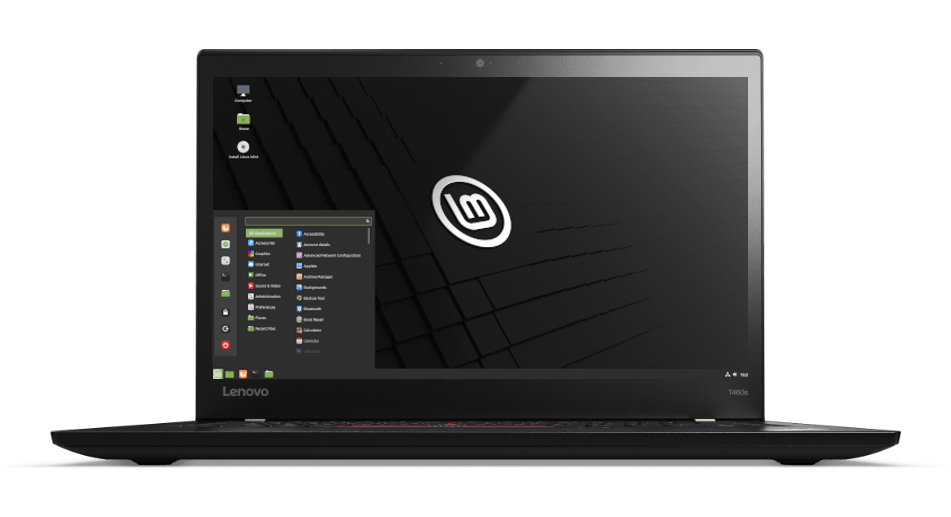 Linux Mint is an Ubuntu-based version that differs from Ubuntu by having a mint green appearance, pre-installed multimedia packages (such as Java and Flash) and the tools: MintUpload, MintUpdate, MintAssistant, MintMenu, MintDesktop and MintConfig.

A very modern and intuitive desktop for the computer, appearance is more reminiscent of MacOS than Windows.

Ubuntu always includes the latest version of GNOME and will be released shortly after a new version is released. Unlike other hackers, Canonical and Ubuntu stick to Debian’s philosophy, using the vast majority of free software instead of making proprietary software part of their business model.

We use cookies on our website to give you the most relevant experience by remembering your preferences and repeat visits. By clicking on "Accept" you accept the use of ALL cookies.

This website uses cookies to improve your experience while you navigate through the website. Out of these, the cookies that are categorized as necessary are stored on your browser as they are essential for the working of basic functionalities of the website. We also use third-party cookies that help us analyze and understand how you use this website. These cookies will be stored in your browser only with your consent. You also have the option to opt-out of these cookies. But opting out of some of these cookies may affect your browsing experience.
SAVE & ACCEPT